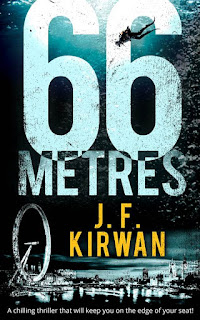 I remember staring at The Call letter when it came in, and at first thinking it was just another rejection. But something in my brain snagged… and then, an OMG moment, especially when I read the ‘three-book’ part. I had to re-read the letter several times, and call Charlotte, my brand new Carina UK editor, to make sure I wasn’t hallucinating!
I had to do some quick thinking. Two weeks earlier I’d received another offer from a US publisher. I had been strongly considering it and was about to sign… but this was Carina UK, aka Harlequin, aka HarperCollins Publishers. And for me that was a no-brainer!
My writing journey started back in 2003 when I moved to Paris. At first, it was just for fun and to meet people, but then I began to take it more seriously as I published a number of short stories, and then produced a novel. But then I wanted to write a thriller…with a twist! I’m an avid diver, and I noticed that so few thrillers use the awesome undersea world where so many things can go wrong…
So I began the writing journey for 66 Metres, referring to the underwater depth at which air becomes toxic. After workshopping the book and having it professionally critiqued by three authors, I started hawking it around agents and writing conferences, but it wasn’t quite what agents were looking for. I met several editors who really liked the opening chapters, but their publishing houses only accepted ‘agented submissions’. Catch 22. And then I found Carina UK, one of the few publishers brave enough to consider and take on new talent.
So there was no question about it. I signed! And anyway, as one of my characters says, you don’t have to make the right choice, you just have to make the choice right. And I’ve had no qualms ever since, either. Fab editor, great staff, a professional organization. Together we hope to produce thrilling books you won’t want to put down!
66 Metres will be released August 2016